This post contains some patterns and notes that Johnathan Cope and I have been woprking through reproducing a gorget (each) derived from Wade Allen’s A201 gorget.

Update March 25/2013 I just uploaded some New Pics to the gallery, which include the front, back and sides. A preview of a couple of the nicer shots below: 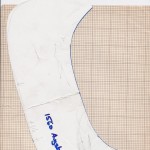 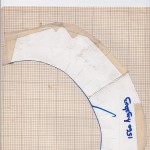 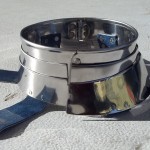 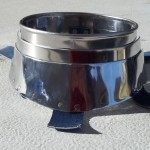 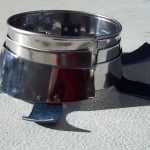 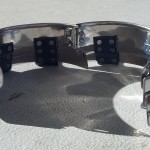 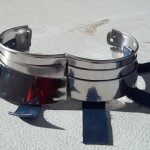 Some notes from John:

Here are the two parts of the collar on 1″ graph paper, That should get you started in the right direction. The ears of the backplate that wrap over the shoulder are a little wide but that lets you trip them to match the final shape of the front’s ears. Seemed to work well. I also added a 1/4″ to all outside edges as a fail safe but ended up trimming most of that off. Its all mentioned at the beginning of my build thread.

Once the entire gorget is done I intend to do a full set and submit them to the AA for everyone to access.

The build thread can be found HERE and a full tutorial will probably appear at some point – note that the neck laminations are not yet here, I started with 2″ strips then rolled the edges and built the hinges – it’s covered in the build thread, but I can certainly tidy it up to “this path worked best” instead of forcing folks to wade through the (3) alternatives that I tried.