Half an hour with card stock (really heavy weight paper, about 2/10ths of a mm thick) and I had a new pattern, and a couple of hours later I had the elbows articulating nicely – based on dead flat articulations. I found it useful to articulate these “flat” and then put a (very slight) curve into them once I had them articulating. Here are pictures of the re-patterning, as well as the depth of curvature on the elbow lames. 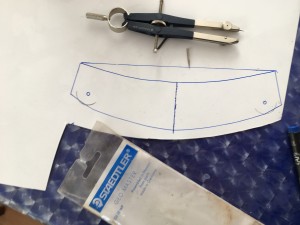 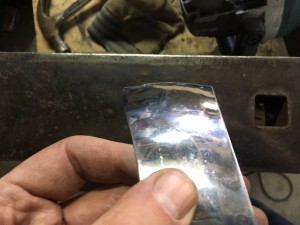 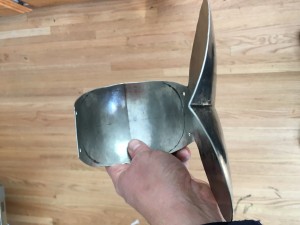 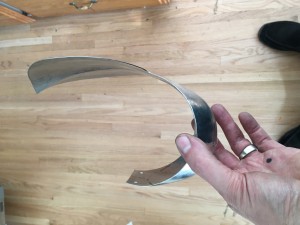 I also found that the reshaping eliminated the creases I had put into the lames, and when I re-peaked them I found that I was a couple of millimeters off true for a couple of them. In future I plan to articulate, and THEN put in the medial crease, and I wonder how many armourers articluate after creasing, and how many put in the crease after articulating.